Building work on Zuidasdok is set to continue. As became apparent on 26 March 2020, the exploratory study carried out by the Minister of State, Sybilla Dekker, was enough to convince the administrators. Instead of suggesting ways of economising on the plans, Dekker argues the case for expanding the ambitions.Minister of Infrastructure and Water Management Cora Nieuwenhuizen had asked Dekker to evaluate the utility of and need for the Zuidasdok project, which includes full-scale renovation of Amsterdam Zuid Station and the tunnelling and expansion of the A10 South motorway. As previously reported, the project has run into problems.

People have been discussing, calculating the costs and designing Zuidasdok for over two decades now. Isn’t it a bit late to be considering the benefits and necessity of the project? Dekker doesn’t think so. ‘If a major project like this takes longer and costs more than you’d expected, and if the collaboration with the consortium carrying out the work isn’t running smoothly, it’s only natural to ask some very fundamental questions. Don’t forget that politically, this is a very sensitive subject. Ministers and aldermen have a huge responsibility for explaining and clarifying the basis on which they make particular choices. This basis has now been re-established and embraced by all of the administrators.’ 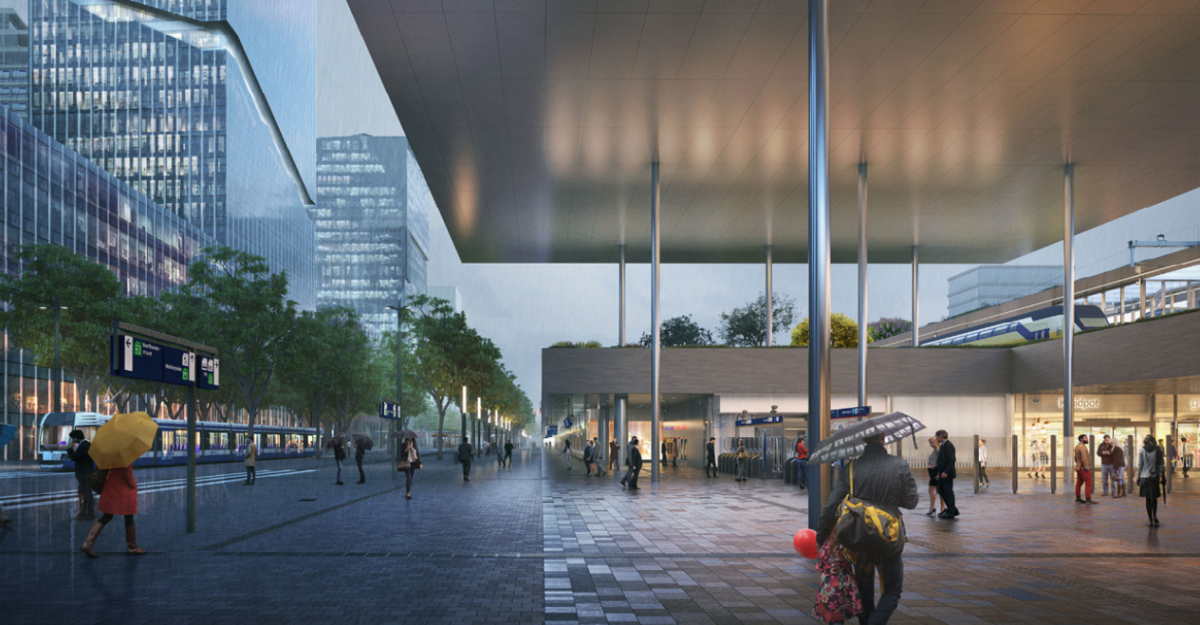 Exploring the potential for economising on the plans for Zuidasdok was an important part of Dekker’s exploratory study. She spoke to countless interested parties, including businesses, developers and residents, to gain a general impression of how people viewed Zuidasdok. ‘It was striking that throughout these discussions, everyone seemed to return to the significance of the Zuidasdok project: its significance to Zuidas, to Amsterdam and to the region as a whole. People were interested in the importance of a better transport infrastructure, increasing the capacity and improving accessibility. I also noticed that many of the discussion partners felt encouraged by the success of the new North/South metro line in Amsterdam. This project received a lot of serious criticism during its construction, but everyone feels vindicated now.’

In her report, Dekker recommends the completion of ‘at least the current plan’. This sounds like a veiled reference to more ambition. ‘It is, particularly with regard to the plans for Amsterdam Zuid station. To put it diplomatically, the existing plans for renovating the station are a little restrained. This station will be used by around 300,000 passengers per day – workers and students, people from Amsterdam and further away. And when Amsterdam Zuid becomes a terminus for international trains, for a lot of foreign visitors too. What’s more, the station will be surrounded by spectacular architecture. Zuidas exudes ambition. The public transport hub should be a jewel in its crown. Look at what’s been achieved in other cities with centres like Zuidas elsewhere the world. I think we should raise our ambition level for Zuidasdok.’ 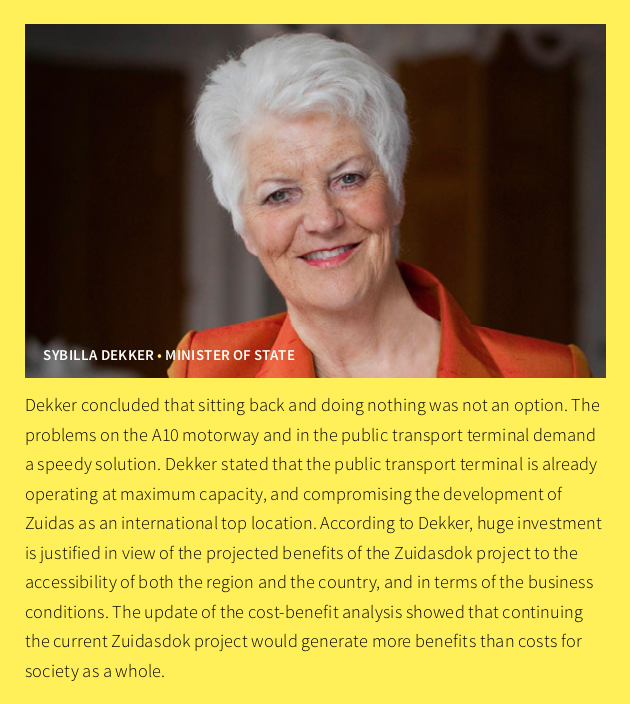