Corporate Zuidas has been slowly transforming into a residential area with small businesses and amenities in recent years. A place where workers in suits cross paths with playing children and locals out walking their dogs. But does it also feel like a community? The Zuidas municipal office is working hard to bring a recreational dimension to the district’s public areas. Over the past six years, landscape architect Alessandro Solci has played a pivotal role in those designs for Zuidas. His personal vision and that of his colleague centres on a greening city: a city with more public areas, more vegetation and fewer parking spaces as the basis for a thriving, vibrant community.

Any project aimed at change, repurposing or improvement starts with a meticulously thought out design. As a landscape architect, Alessandro has been involved from the outset, from the concept phase straight through to the realization. Originally from Italy, he fell in love with The Netherlands during a work placement in Rotterdam 15 years ago and now makes his beautifully designed home in Amsterdam. “Since we were going to build the bicycle parking garage, we could redevelop the formal ‘5 hoek’ as a new public space known now as Prinses Amaliaplein. That was my first step in enriching the public space and creating a community feel. This square is representative in being a mix of business district and Minerva neighbourhood kids.” Alessandro also had a major hand in developing the grounds of the nhow hotel, crafting a sinuous, soft counterpoint to the hotel’s hard lines, and is involved in landscaping plans for the Vivaldi subdistrict and Kop Zuidas. 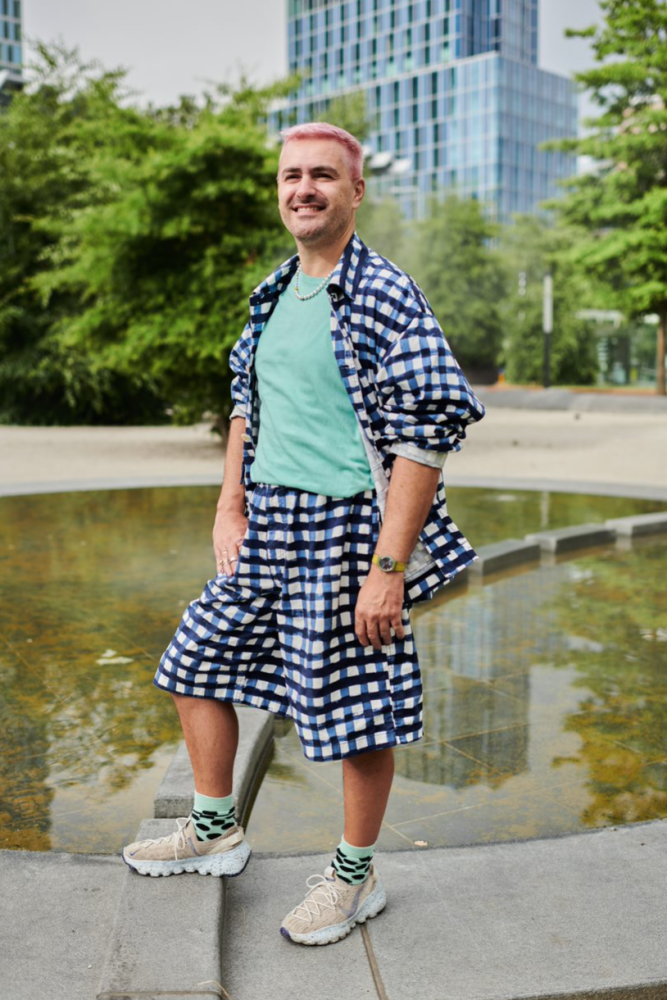 The greening city
Zuidas is gradually becoming a greener, softer, more tranquil and pleasant place to visit and hang out. “Getting people to make the mental switch that they can’t always park their car or bike right outside their door is a process. It will change in time, I hope. As of 2022, we have more public areas, more vegetation and fewer parking spaces. A greening city is one that is more vibrant and appealing. So that’s my personal goal.” What’s more, in Alessandro’s design process, he focuses on climate adaptation and in solving rain bursts or heat waves, greenery has a vital role. Multiple studies show that vegetation has a moderating effect on temperatures in urban areas, thus reducing demand for air conditioning in summer and heating in winter. That’s a win-win, not only saving costs but also making public areas more pleasant for everyone using them. “The municipality is trying to set up as many community and information evenings as possible to connect with area residents and ask them what’s missing from the public areas, what’s important to them and what they’d like to see added.” 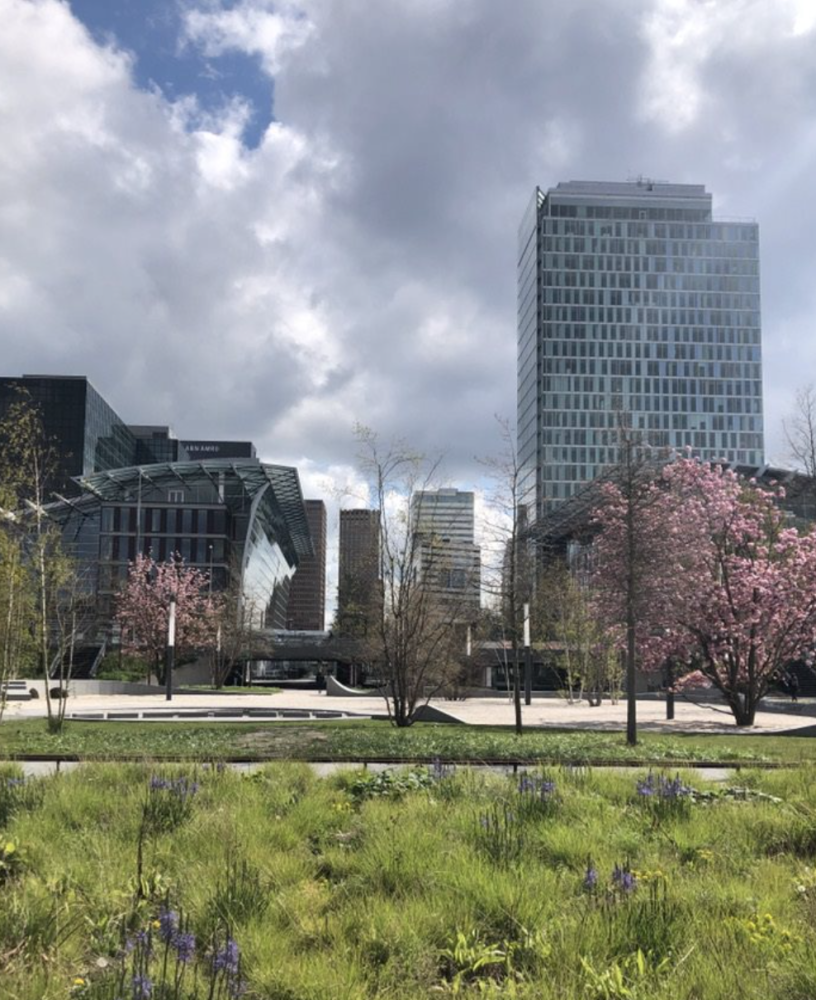 Connection
The biggest challenge lies in merging the needs of two different target groups: local residents and the business district. Zuidas is pulling off an incredible metamorphosis by fusing these two polar opposites, Alessandro notes. Beyond these efforts to design a more vibrant Zuidas community, he is also active in the RAN (Roze Ambtenaar Netwerk) as an advocate for the LGBTI+ community at various organizations. “I look for ways that public spaces can serve this group of people, such as the rainbow roof on Zuidplein. That’s a different layer of my career in which I’m working to strengthen links between different target groups.” Another way to vitalize the area, Alessandro says, is to bring in more small merchants at street level. “Since it covers a large area, Zuidas won’t automatically develop a sense of cohesion, which makes how you allocate public spaces even more important. So, looking at the ingredients that make urban areas pleasant living environments, what elements can you get rid of to make those places more attractive? We live and work in the city together and we also make it better or worse together.’’