The newest building to rise along Beethovenstraat has everybody talking. With its complex design, Valley marks MVRDV co-founder Winy Maas’ first development in Zuidas. His architecture firm is well known in The Netherlands thanks to major urban projects like the Markthal, the Boijmans van Beuningen Depot, Westerdok and The Modernist. But MVRDV has earned massive international acclaim as well. We caught up with Winy Maas in one of Valley’s fabulous future penthouses, where he told us more about the design, the partnerships, the mixed-use concept and the exciting Sapiens project. With his engagement and drive, it’s clear the world is going to be seeing a lot more of Winy Maas.

What inspired you to submit this design to the client?
“In one sense, Valley was inspired by Zuidas itself. Precisely a rational business setting like this can really use a multifunctional apartment building like Valley. That was also the brief we got from the City of Amsterdam and the property developer, EDGE Technologies: design something for the future. Valley serves to enrich this location in multiple ways. It’s open, green and blends a range of functions, from housing, offices, hospitality and shops to cultural amenities. Aside from that, it’s ‘overrun’ by nature. The planting designed by landscape architect Piet Oudolf spills down a series of terraces all the way to street level. Also, you don’t have to live or work in Valley to go up it; the way into the valley is open to the public.” 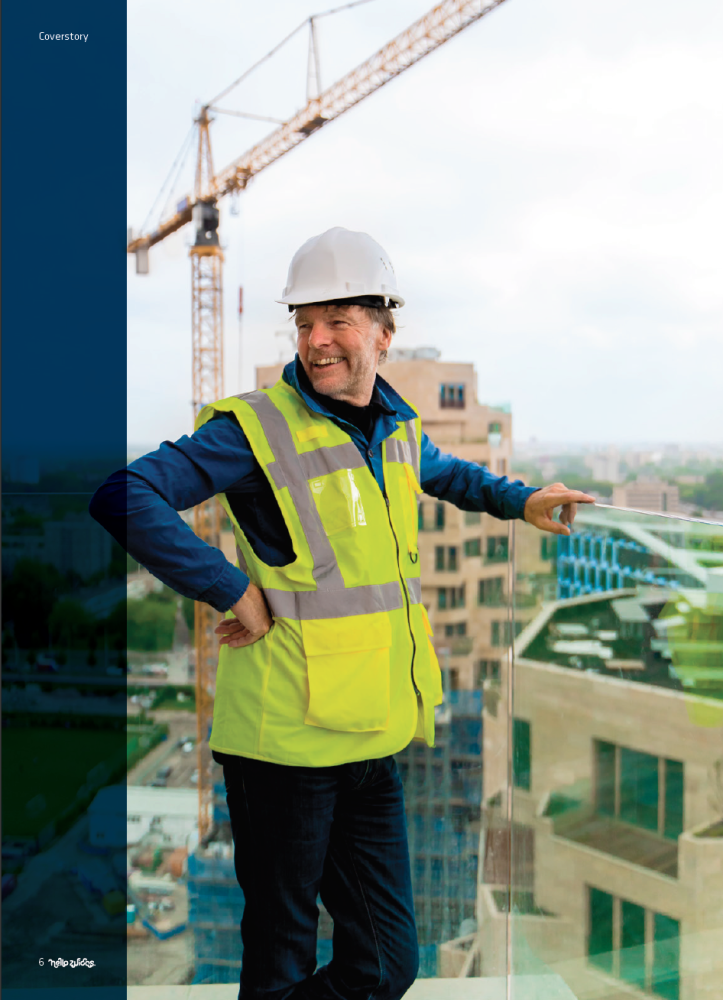 The building looks very complex. Was it difficult to work out the sketches and hand them over to the builder? Were they apprehensive?
“You’ll have to ask the contractor, but I don’t think so. Everybody – clients, contractors and subcontractors – all love a chance be involved in complex projects. Valley is a big vbuilding, at 75,000 m2, and recognizable from a long way off because of its three irregularly shaped towers with cantilevered apartments. There’s also the ‘grotto’: effectively Valley’s foyer, which is a beautiful stone-clad indoor space illuminated by two large glass domes twice the size of the water-filled ponds in the valley above. Obviously, this unusual configuration is a challenge to build. The technical phase of construction is nearing completion, it will take a while longer before the whole thing is green. With 370 containers to be planted containing more than 13,000 shrubs, hardy plants, climbers and trees, that’s going to be an almost military operation. I expect it won’t be until spring 2022 that Valley actually looks how we designers intended.”

What’s your angle on the intermingling of office workers and residents inside one building? How do you facilitate that?
“Enabling those kinds of interactions was a particular incentive for me, because why would you want to segregate a building’s users? And many residents are people who work in offices too. I believe this building can bring about an evolution of housing and can prove that, yes, you can create homes and other amenities in the middle of an urban business district. I envisage Valley as a vertical village; a place where residents and the people who work there feel at home and where encounters just spontaneously happen, because of all the different routes running through and across the building.”

Has Sapiens got the green light yet? And how are those plans shaping up, insofar as you can talk about them?
“We’re working hard to pull it off, in partnership with Naturalis, VU Amsterdam and TU Delft’s think tank The Why Factory. We’re still looking for some more sponsors, but the city has embraced it and Mayor Femke Halsema has written a letter in support of the initiative. The concept is to develop a space that’s a cross between a museum, a laboratory and a workplace, where young academics will tackle projects tied to the future of our planet; to climate improvements and biodiversity. As I see it, that’s one of the most important questions one can ask: What can I do in my work to contribute to a better world, a better living environment and a better future for our cities? Sapiens is about all the things society needs to address right now: global warming, biodiversity, fighting poverty, new cities, alternative buildings, transportation, food, clean drinking water, clean oceans, financial instruments...” 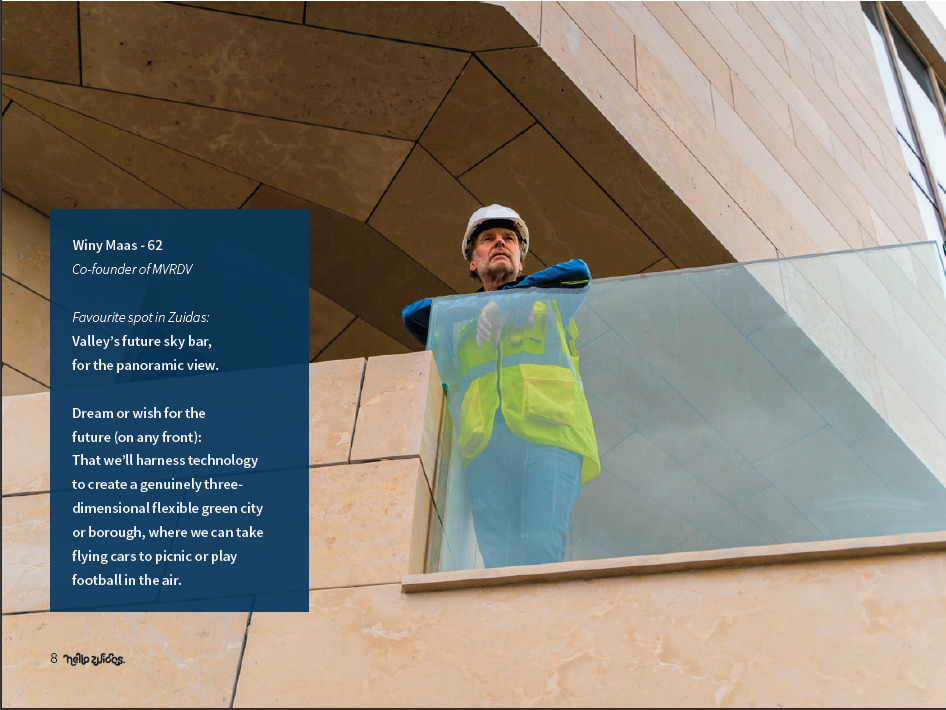 What might Valley’s contribution or significance be for future area development in Zuidas?
“Valley will be like an oasis in Zuidas, and could mark a first step towards the further greening of this part of Amsterdam. I can’t emphasize enough how important it is to bring more nature into cities. For water storage, to attract birds and insects back into urban environments, to cool them – since plants are our main weapon against heat stress – and to keep cities habitable.”

Is this the project you’re most proud of? Or is there another?
“My projects are like my children; they are all so dear to me.”