This week, the first polder roof in the world moved from Old School on the Gaasterlandstaat in Amsterdam to the recently renovated building of the Food Bank in Amsterdam South.

Polder roof
The first polder roof in the world at Old School was created in 2013 through a partnership of Green Business Club Zuidas, Amsterdam Zuidas, Waternet and De Dakdokters. It is a green, water-storing roof with a unique water management system that absorbs peak showers. It retains the rainwater and then drains it little by little to the sewer, which in this way becomes less overloaded.

There was interest in the polder roof from all over the world. Polder roofs can now be found in The Hague, Delft, Leiden and Rotterdam, but also in New York and the Italian cities of Viterbo, Palermo, Cagliari and Perugia.

Polder roofs Zuidas
However, Amsterdam remains the Polderdak capital with currently more than ten pieces, including in Zuidas, where De Boel and the office of Breevast Polderdaken are also located. 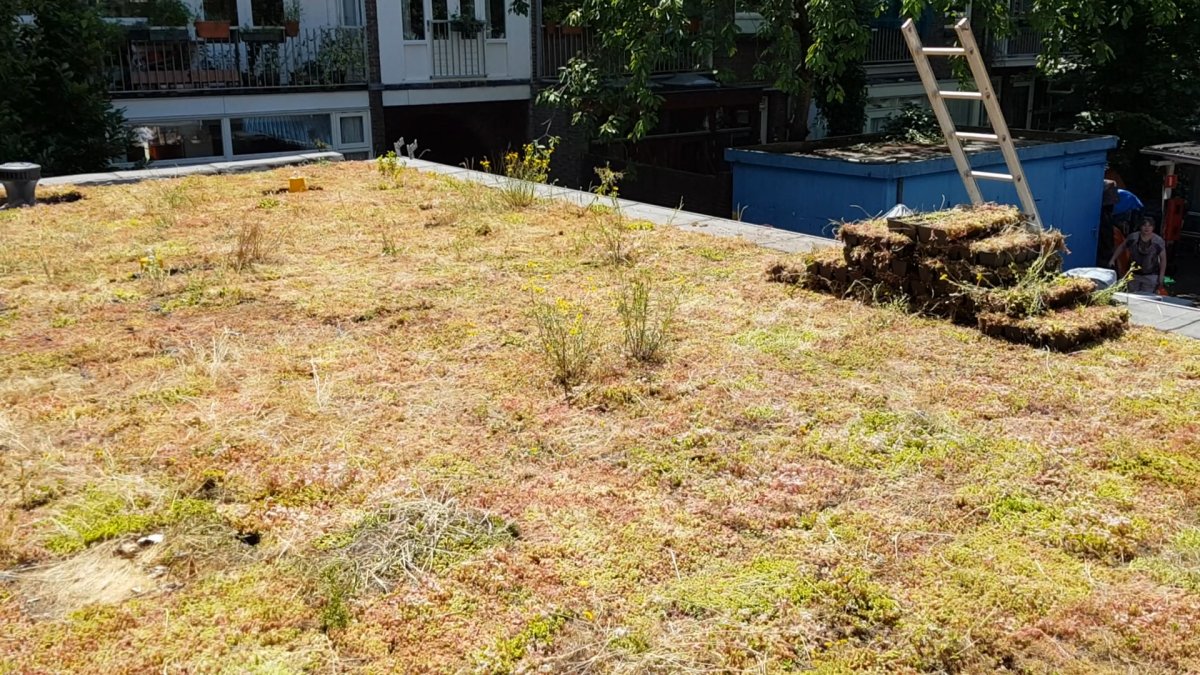 Flooding
Climate change is causing long periods of drought, but also increasingly extreme downpours. These heavy showers have a major impact in urban areas. The sewer is not always suitable for draining so much water in such a short time. Water storage on roofs and in gardens is therefore of great importance.

Move
The Old School building is being renovated or demolished, which is why the polder roof could not remain there. Green Business Club Zuidas wanted to give this special roof a new destination. The new building of the Amsterdam South Food Bank on Lutmastraat turned out to be an excellent new location.

You read here about the Polderdak.